Will #shoutyourabortion set you free?

If you have had an abortion, then you are a murderer. The Good News though, is that you can be set free.

Do you want to be set free? 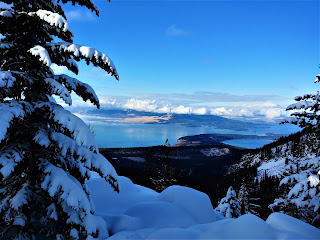 The Bible talks about all kinds of sin (moral failure). One of them is murder. There are two things we need to immediately discuss now that the cat is out of the bag. One is that there is a difference between sins (moral failures against God) and sinners (one who has failed morally against God). Another thing is that I know people will be arguing about whether or not the fetus is actually a human person, which this will define whether or not an abortion is actually murder, but I have already addressed this topic here.
I have also discussed the topic before about the difference between the definitions of sin and sinner, but not to the point to where it can be understood very practically. I think the problem came about when someone saw James 2:10, “For whoever keeps the whole law but fails in one point has become guilty of all of it” and thought, “This must mean that God sees all sin as the same.”
Well, He does and he doesn’t. God does not logically see that a little girl stealing a piece of candy from the candy store the same way He sees a pedophile. There are deeper levels of sin. Jesus even explains in John 19:11 when He says, “He who delivered me over to you has the greater sin” (emphasis mine).
With this understanding, I want to focus on the other side to this issue, which is that we are all sinners. It is true that if you have had an abortion, then you are a murderer. Just as if you have ever told a lie that makes you a liar (Revelation 21:8). But the thing is, your sins can be covered with the blood of Christ, which will make you clean.You will be free from the wrath of God (Romans 2:5).
1 John 1:5-10 says, “This is the message we have heard from him and proclaim to you, that God is light, and in him is no darkness at all. If we say we have fellowship with him while we walk in darkness, we lie and do not practice the truth. But if we walk in the light, as he is in the light, we have fellowship with one another, and the blood of Jesus his Son cleanses us from all sin. If we say we have no sin, we deceive ourselves, and the truth is not in us. If we confess our sins, he is faithful and just to forgive us our sins and to cleanse us from all unrighteousness. If we say we have not sinned, we make him a liar, and his word is not in us" (underline mine).
I do not want to say that those who have or perform abortions are the scum of the earth. Because in reality, we all are the scum of the earth. The Bible says that our righteousness is as filthy rags: “All of us have become like one who is unclean, and all our righteous acts are like filthy rags; we all shrivel up like a leaf, and like the wind our sins sweep us away” (Isaiah 64:6).
The Bible is nondiscriminatory when it comes to sinners. It says that we all fall short of God’s glory (Romans 3:23). Not one of us can make it by what good things we do (Ephesians 2:8-9). So with this being said, whether you have had an abortion or have a past that haunts your dreams, know that it is only through Jesus which peace comes.
If you do not think that abortion is wrong, the Bible also says something about this, which is that your conscience is seared (1 Timothy 4:2). In other words, your moral compass is broken. You do not know your right from your left (Jonah 4:11). But there is an easy fix for this. The Bible will recalibrate your moral compass. It will set you back on track. Saturate yourself in it and see what happens. It is God’s way to communicate to people. He loves you and wants you to know that He loves you. Read His love letter to you and know that your sins are forgiven through Christ alone.


“God demonstrates His own love for us in this: While we were still sinners, Christ died for us” –Romans 5:8

“For the wages of sin is death, but the gift of God is eternal life through Christ Jesus our Lord” –Romans 6:23

“If you confess with your mouth that Jesus is Lord, and believe in your heart that God raised Him from the dead, then you will be saved” –Romans 10:9

If you are a Christian and you have had an abortion, the following verse is written to Christians. When you confess your sins to Him, whether you are just now coming to know Him or you have known Him for a long time, know that you are cleansed from your sins. Trust in the promise, not in your feelings. You are forgiven and made clean by the blood of the Lamb.

“If we confess our sins, He is faithful and just to forgive us for our sins and to cleanse us from all unrighteousness” –1 John 1:9

Written by Nace Howell through the grace of the Lord Jesus
Posted by FrankApologist at 4:43 PM