Can Atheists Claim Any Kind of Morality?


I had a conversation with an atheist the other day. He basically believes that the Moral argument for the existence of God is false, because he believes that morals have evolved, in order for survival.
The problem with this is that in order to believe morals have evolved, one has to posit that morals are evolved, but morals have never changed.
When people burned witches at the stake, they were burning them not simply because they were witches, but because people believed that these “witches” could murder other people through spells and hexes. Likely frequently and highly mistaken, the townsfolk were simply bringing judgment on a murderer. The point is, people then were trying to rid the world of murder, because they knew it was wrong. Morals do not change. 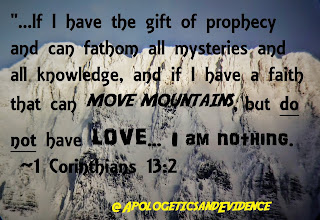 Secondly, the peacock, for example is not a moral creature, yet still survives even though it is one of the world’s most fragile creatures. It does not take morals in order to survive.
On top of all of this, the 20th century was the deadliest century in the history of humanity! If we are supposed to be getting more civilized and our morals are evolving, then why were so many people murdered in the 20th century? If everyone has their own idea of what is good, then how can we be sure what good really is? Goodness transcends time and space. I elaborate on this below.

He believes that people try to make things right by not doing wrong again.

The purpose of religion is to eradicate guilt. Let me explain. Even the atheist does it. He tries to make things right by not making the same mistake again; the mistake of committing adultery, or the mistake of lying, or the mistake of stealing, for instance. The problem is, however, he will find that if he reflects on his life, he cannot carry this out. He knows what good is, but constantly fails.
All religions seek to eradicate guilt. Even Buddhism, if one can even call that a religion. Buddhism’s four noble truths starts with the Dukkha. The dukkha is basically suffering. We suffer because we cling to things in our lives. Therefore, stop clinging to things. The way to do this according to Buddhists is to follow the eight-fold path. Once this is completed, one has reached Nirvana. When in nirvana, one is guilt free (Through suffering, we sometimes do things because we are unsatisfied. Dissatisfaction frequently motivates us to do things we know we shouldn’t. Doing things we shouldn’t do causes guilt. Therefore, not being satisfied [suffering] can ultimately cause guilt). The problem is that one must cling to the eight-fold path in order to reach nirvana and eradicate guilt! In any event, Buddhism is essentially saying, “you can be guilt free if you let go of absolutely everything impermanent, except the eight-fold path.” When in Nirvana, one does not require the eight-fold path anymore, thus making the eight-fold path itself, impermanent.
It seems that the best way to tackle this type of argument is to show the atheist that the worldview he or she has, allows him or her to do anything, without consequences. Why is rape wrong? Because someone once said it was? Who cares? If we are merely “dancing to our DNA,” as Richard Dawkins so famously put it, then it seems rape would be the natural thing to do. Why is anything wrong through the eyes of the atheist? For that matter, why is anything right?
Even if atheists say that morals are for the survival of mankind, why does this even matter? Eventually (in seven billion years) the Sun will become a red giant, leaving a scorched Earth, and nothing but debris will exist. Charred garbage and dust floating around in outer space, and eventually, even that will burn up. Therefore, who cares what happens? Who cares what we do now? Show him or her that without a transcendent Moral Law Giver, there are no set moral absolutes which will regulate humanity. Conclusively, the atheist frequently borrows the Christian worldview by claiming goodness or wrongness of any kind.


Feel free to reply or ask questions to this post, or on the ATC facebook page: https://www.facebook.com/ApologeticalAndTheologicalCommentary

Written by Nace Howell through the grace of the Lord Jesus
Posted by FrankApologist at 3:59 PM No comments:

Arguing with any Christian cult member in the U.S. will absolutely bring frustration if you are not careful with your words, facial expressions, body language and overall demeanor.
All of the books on witnessing and personal experiences that tell you not to begin the conversation with the Trinity are probably correct. Often, people will put a barrier up because they think it is the most illogical idea they have ever thought about. The problem is, if you are well mannered long enough, chances are you will have the opportunity to see them again… and again… and again. This is actually a short-term goal, believe it or not. When we find ourselves witnessing to Jehovah’s Witnesses, for example, we most likely will not win them over instantly.
Think about it. How would you feel about giving up Christianity? Put yourself in their shoes. They do not want to leave. They are comfortable, they are confidant, and they are committed in in and to their religion. The same goes with Mormons. For most of them, it is all they know and all they grew up around. It is not only a religion, but it is a culture. Try to leave your culture. It is nearly impossible.
I once stayed in Greece for a month and at the end of my time there, you could still pick me out of a crowd, and people actually did just that. I even earned a nickname at the train station and the chestnut roasting stand: “Cowboy.” On top of all of this, I have red hair, so that probably didn’t help me blend in at all. 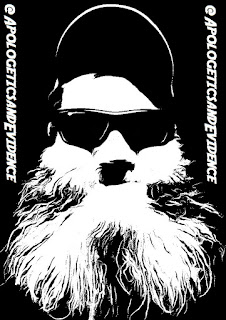 My sister, lived in the southern U.S. states for most of her adult life, yet she does not speak with a southern accent whatsoever. She also lived in France for some time and is fluently trilingual! Yet, to me, she is still easily recognized as my sister and does not at all speak with an accent. Her facial expressions, body language and demeanor have never extremely changed.
The point is, being in a cult is more than being in a religion, it is being in a cult as well as a culture, which are related in that they both come from the root meaning of the word cultivate, which finds its meaning in the preparation of land for crops. In any event, I think the point is clearly understood here and this issue seems to be part of the problem in witnessing to Christian cults in the U.S. It is hard to get out of our comfort zone. Consider this when speaking with those who do not know the one true God.
Anyway, as mentioned above, you want to continue seeing them or stay in contact. The more they talk with you and realize that you are not a demon, the more they will trust you and see that you have a brain inside your head and eventually you may become a person of influence (The key to this is found in 1 Peter 3:15, but also, I believe, in 1 Corinthians 9:20-22).
Get on their level. The only way to do that is if you spend time with them. Sure, you can plant a seed of doubt after one good conversation, but how many seeds could you plant after a hundred conversations? Your foundations in Christianity will not falter because Christianity is the truth. This is the ultimate answer to the question, “Why are you a Christian?” In any case, plant many of seeds of doubt. As Greg Koukl would say in Tactics, “Put a stone in their shoe.” Maybe keep on putting stones in their shoes…
So the problem that arises with befriending a member from a different religion is that eventually, one of you will break the ice and mention the Trinity. On a basic understanding, we want to show them that yes, there is one God (Shema, Deut. 6:4), and He exists in three persons, Father, Son and Holy Spirit (See Matthew 28:19–20; John 1:1–2; Acts 5:3–4; Colossians 2:9; Mark 1; et. al.). This is the first seed (or stone). We want to give them something to stumble over theologically.
Ask the question: “Why can’t there be One God in Three Persons? There is one internet with billions of websites?” Explain to them that the websites are all the “internet” yet they are their own website. When you are on Facebook, aren't you on the internet? When you are on Wikipedia, aren't you also on the internet? Yet in either case, you are also on one website.
I know that trying to explain the Trinity by using some earthly analogies are impossible. The Trinity is far beyond anything analogous found in this universe, but maybe (just maybe) it will help members of other religions put their guard down about the Trinity and open some hearts and minds. The goal it to put a stone in their shoe. Maybe an analogy like this will soften people up to the concept of the Trinity. Through this and showing them in the Bible that there is one God in three Persons, hopefully they will have something to chew on. Keep cultivating those seeds.

Written by Nace Howell through the grace of the Lord Jesus.

Posted by FrankApologist at 7:03 PM No comments: