Three reasons Christians are shying away from teaching their kids to believe in Santa Claus. 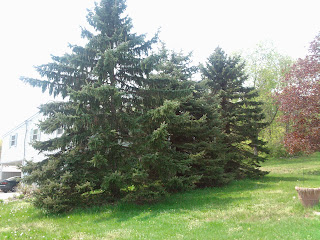 I grew up believing in Santa Claus. I have some experiences with my dad that I now look back on with bewilderment. One time when I was very young, my dad was going outside and I asked him where he was going. He told me that he was going to throw corn on the roof of the house in order to feed the reindeer (I assumed that it was so they could eat while Santa was busy stuffing his fat butt through the chimney). Either he asked me, or I asked him if I could come and help. He said yes, of course. So he pulled a bucket of corn (dried corn on the ear, mind you) from the garage and there we were, throwing corn on the roof in the snow. I remember seeing several of the cobs rolling down into the gutter, but some of them stayed where they landed. In any event, it hadn’t crossed my mind that Santa was a fraud at this time in my life. Every time I saw a jet fly way above our house, I thought it was Rudolph, the red-nosed-reindeer because all I saw was a blinking red light.
One Christmas morning, I was awoken to my dad shaking me and when he saw my eyes pop open, he asked me if I wanted to go open Christmas presents, just him and me! It was 3:00AM and I was so deeply excited that I was trembling.
Needless to say, reflecting on my past experiences and the experiences of others is how this article came about.

Here are 3 reasons Christians are shying away from teaching their kids to believe in Santa Claus:


Because it distracts us from the work of Christ. A familiar bumper sticker says, “Keep Christ in Christmas,” and sometimes has a picture of the Nativity included. Some people might look at this and think it is ridiculous because they believe Christianity is a thing of the past and wonder how it even still exists as a world religion, let alone the largest of the world religions.
Jesus had an enormous impact on the people of earth. He spoke like no other, His name and reputation are matchless, and He performed miracles because He is God in the flesh. God became a man to come into the world to die for our sins. What does that mean? It means that we fall short of God’s glory (Romans 3:23). Because we fall short, we are now in a situation. We need a savior because we have broken God’s Law. God said, “Do not commit adultery” (7th Commandment, Exodus 20), yet Jesus shows us that we do it all the time in our hearts (Matthew 5). Have you ever looked on someone else with lust?
If your answer is yes, then you know that you fall short of God’s glory (bear with me). The Good News (gospel) is that Jesus took our place in God’s eyes, and all we have to do is believe in Him as Lord and Savior because God raised Him from the dead (Romans 10:9; John 6:28-29). We no longer are under God’s wrath, but not only that, we get to live for eternity with Jesus (John 3:16)! 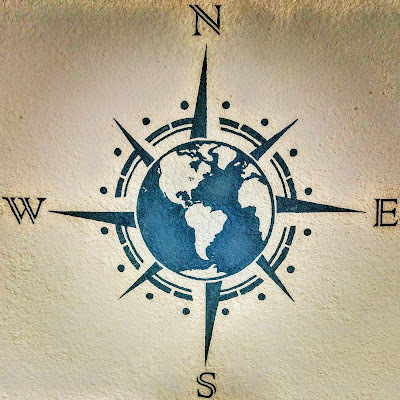 What in the world does this have to do with Santa Claus? The answer is nothing. Some people might try to say that St. Nicholas gave gifts and Jesus gives us the gift of life or something like that, but saying that there is no comparison would be an extreme understatement (if it can even be called that). On top of that, St. Nicholas and Santa Claus are not even remotely similar. It is like saying that the Mormon Jesus or the Jehovah’s Witness Jesus and Jesus of the Bible are the same Jesus. In other words, they are not the same and knowing the difference can either be truth or lies, but not both.

Because parents feel bad about lying to their kids. Let’s not forget what this article is about—reasons why Christians are shying away from teaching their kids to believe in Santa Claus. “Let your yes be yes and your no be no,” said Jesus (Matthew 5:37; see also James 5:12). Should we ignore this teaching of Jesus because it is harmless to tell our children about Santa Claus? Think about what it teaches them. Silly lies are ok. Harmless lies are ok. Some people would not even call this a lie. They might call it a fib or a joke. The problem with this is that it gives children excuses to lie when they get older. “What she doesn’t know won’t hurt her,” he says. If you were her, would you want to know the truth? Why is it not as fun if she did know the truth? Kids have imaginations like no adult. Pretending is one of their hobbies. We like wood working or bowling or sewing or cooking, they are experts at pretending. When I try to pretend, it is like I am acting, and it only ends up being really awkward. Adults are generally not good pretenders. This might be why they flat out lie, because they are trying to help their kids be kids. The problem is that there is a huge difference between lying and pretending.
Parents feel bad about lying to their kids because they look at the people of the world and in the news and see an enormous lack of integrity. People never seem to say what they are going to do (I suppose every person in politics could be an example here). What people do does not match what they say. A person who lacks integrity won’t get very far in anything they do. They won’t be trusted, for one thing. Why would an adult trust someone who isn’t reliable? The main point is that we should ask what teaching our kids to believe in Santa Claus really does for them in the long run. We shouldn’t give them an excuse or a bad example.
I was once talking with a man once who honestly gave me the excuse that he didn’t believe in Jesus because his parents also told him about Santa Claus. Now, there are several logical fallacies committed in this argument, but why would we not make things idiot-proof, as some might say? In any case, it is good to not give kids an excuse to lie or deny Jesus.

Because even though Santa Claus seems to promote giving, in reality the idea promotes materialism and commercialism. Americans are probably more materialistic than anyone in the world. I’m sure I could find a statistic that reveals the correctness of this premise, but I am so confident that I am correct that I don’t feel the need to bother. I am sure that you would not disagree.
It seems that this results from the mentality of the American Dream. In the U.S., we believe that getting to the point where we can get or do anything we want is a fulfillment of this dream. In reality, however, we end up loading our houses with more useless garbage that is impossible to sell at yard sales for more than 5% of what we paid for it. Materialism is a tendency to consider material possessions and physical comfort as more important than spiritual values. Another word for this is idolatry. Anytime we put things in front of God is making that thing our God. We are all guilty of it. In fact, I believe that all sin can boil down to idolatry. If we steal, it means we are serving our self, making our self out to be God. All selfishness does this. If we lie, it is because we are protecting ourselves, ultimately putting ourselves in front of God. If we lust, we are worshiping that which we lust. Same goes with coveting. If we murder, we are ending life and acting as God… I think you get the picture. Materialism teaches our young to trust in garbage instead of Jesus.
The focus of commercialism is material wealth. Commercialism seeks to make the highest dollar amount possible, and industries feed off of the latest trends and fads and the fact that people like to keep up with the Jones’s. They know we would buy ridiculous looking blow up lawn ornaments, so they run with it. It might start out as something innocent, but as the dollar amounts keep adding up, so does the hunger for more. In the end, the manufacturer is all about quantity and they are trusting in the almighty dollar. They are worshiping money and wealth. They play off of this harmless lie we tell our children. Think about it. What other reason would we buy this junk? In any event, it is a waste of money and all we are doing is promoting things we should maybe reconsider.

Christians are shying away from teaching their kids to believe in Santa Claus because they know they should be. These are only three reasons, and I am sure you could think of more. Please feel free to share and comment on other reasons the fictitious Santa Claus should not be taught as fact to our children.

Posted by FrankApologist at 3:45 PM 2 comments: